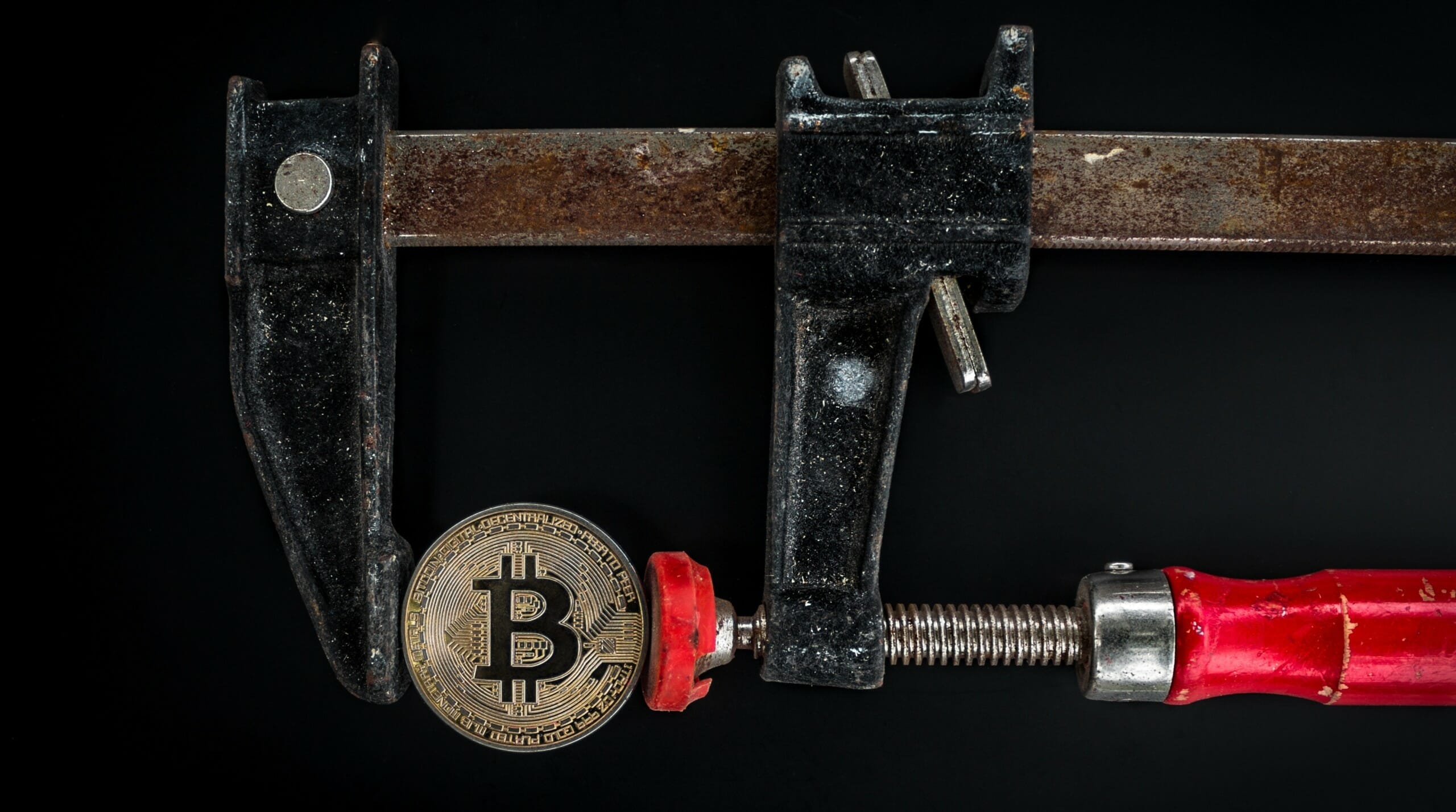 This entry was posted in Crypto, Security and tagged cryptojacking, Cybersecurity, IT Consulting, Los Angeles IT Support on February 24, 2020 by Chad Lauterbach.

It Support and Cryptocurrencies

To some degree or another, most of us have heard of the term Virtual Currency.  This is essentially the cloud-based version of the traditional paper money.  For example, with Ransomware a Cyber attacker wants to be paid with this new type of currency, usually in the form of Bitcoin.  There are other types of virtual currencies that are out there, and collectively, these are also known as “Cryptocurrencies”. An IT Support Specialist can help you through yet another hacking trend. We also offer bitcoin recovery services in Los Angeles.

There was a time last year, when Cryptocurrencies were all the rage, especially in the financial markets.  Futures contracts and even indexes were created and tracked for them and were traded heavily.  For a period of time, the value of them went sky high, and people thought that this would be the real thing again, just like the .com craze back in the early 90’s.

Can IT Support Assist with Cryptojacking Cyber Attacks?

But, as that came to a crashing end, so did the volatility of the Cryptocurrencies.  They are still being traded, but not with the volume and the market capitalization that it once had.  Now, here is another twist to the story.  The Cyber attacker is entering into this realm, with a new threat called “Cryptojacking”, which is essentially mining the various Cryptocurrencies for monetary value.

Can IT Support Assist with Cryptomining From Hackers?

Let’s review what Cryptomining is all about.  By using specialized machines, miners process as many Bitcoin transactions as they can by solving complex mathematical equations that allow them to put together, or chain, various blocks of transactions together in a sequential fashion (thus the term Blockchain).

On the other hand, Cryptojacking is the unauthorized use of a computer to mine cryptocurrency. Hackers do this by either getting the victim to click on a malicious link in an email that loads crypto mining code on their computer, or by infecting a website with JavaScript code that auto-executes it is accessed by the computer’s web browser.

Will I Need IT Support During a Cryptojacking Attack?

Because of the return that is associated, the Cyber attacker now wants to gain their foot into this game, and become cryptominers themselves, but of course illegally.  But keep in mind, there are very complex mathematical problems to solve in order the miner to be rewarded.  This of course takes a lot of computing and processing power.

The Cyber attacker does not want to spend the money in terms of procuring the extra hardware to do this, so he or she will hijack your computer, and from there, steal the processing power as well as the electricity in order to mine the Cryptocurrencies.  You may be asking at this point; how can they do this to your computer?

It’s quite easy.  All they have to do is send you a Phishing like Email, which contains a malicious link or attachment.  Once you have fallen victim to this, a specialized Cryptomining code is then installed onto your computer or even mobile device.

But the problem with this new malware is that it is very difficult to spot on your computer and can be installed and deployed in a very sneaky manner.  In these instances, the Cyber attacker is not just exclusively targeting computers and wireless devices, they will go after anything that will give them free electricity.  This includes servers, routers, cable modems, firewalls, network intrusion devices, etc.

It is also important to keep in mind that there is no specialized package that the Cyber attacker has to deploy onto a device – the malware is just a few lines of infected source code, and as a result, this makes it all the more difficult to detect.  Because of the extremely low overhead that is required, and its sneaky nature, the rise in Cryptojacking has increased significantly.

For example, McAfee has just discovered almost 3 million new cases of it, which is a staggering 629% increase from 2017.  So, what are some of the telltale signs if your computer has been hijacked for the purposes of Cryptojacking?  Here are some clues:

It is important to keep in mind that the Cryptojacker of today is not just out to steal the processing and electrical resources of your individual computer and/or wireless device.  They are also out to attack the overall Cloud Infrastructure, as there are many more resources that can be used to launch even stealthier and more covert Cryptojacking attacks.

A prime example of this is Tesla. They are an auto manufacturing company and have used the Amazon Web Services (AWS) for their Cloud Infrastructure needs.  In this particular instance, they made use of an open-source platform available from Google called the “Kubernetes System”.  This is an application which allows for businesses and corporations to completely automate the deployment, scaling, and the management of containerized Cloud-based applications.

Tesla had deployed the Kubernetes System onto their AWS Platform, but it was not made secure enough (there was no administrative password that was created and implemented) because various Cryptojackers were able to gain access to their overall AWS Environment. After this was accessed, numerous Cryptojacking mining scripts were then covertly installed onto the particular Kubernetes System instances.

As a result, the Cryptojacker was then able to gain 100% control of Tesla’s AWS processing and electrical resources and use that to launch multiple Cryptojacking attacks.  They were also able to gain access to sensitive information and data, which were located in Tesla’s AWS Simple Storage Service (S3) buckets.

The Cryptojackers also used other tactics to avoid detection. For example, they made use of private Mining Pool Software packages, which were then utilized to instruct the mining scripts to connect to an unlisted endpoint.  By making use of this approach, existing Domain and IPI based threat detection systems could not pick up on the Cryptojacking activities that were taking place.

Also, the Cryptojackers were able to mask the true IP address of the mining pool by hiding them behind a Content Delivery Network known as “CloudFlare.”  They were even able to make use of nonstandard Network Port Numbers to secretly communicate with the hidden IP addresses.  This is was all done in an effort to keep CPU usage low. This strategy allowed for any type of suspicious network-based traffic to go undetected for long periods of time.

Typically, Cryptojackers have made use of Javascript from which to leverage their attacks.  But now, they are using more advanced techniques such as the exploitation of Zero-Day Vulnerabilities and compromising Network Endpoints in order to create Cryptojacking Botnets.  In fact, 80% of organizations that rely upon the AWS or Microsoft Azure to house their IT Infrastructures are at risk of falling victim to a Cryptojacking attack.

Can IT Support Help With Cryptojacking on Mobile Apps?

But just like how a Cloud Infrastructure is prone to a Cryptojacking attack, so are mobile apps. In fact, a recent study (conducted by a Cybersecurity firm known as Sophos) detected 25 rogue mobile applications which had the infected Cryptojacking source code in them.  These mobile apps were downloaded at least 120,000 times by different end-users.

Tech giants like Google and Apple who have mobile app stores are taking proactive actions to protect their customers.  For example, with the former, they no longer allow for browser extensions in its Web Store that mine cryptocurrencies. The Google Play Store allows for customers to pick extensions and apps that personalize their Chrome web browser, but this will now become highly restricted.

IT Support Can Expose Cryptojacking Vulnerabilities

Not using a password (or even a weak one for that matter) can be a major cause for these kinds of attacks. The implementation of very poor-quality API Access Rules also exposes root accounts to be further manipulated in order to launch Cryptojacking attacks.

So, what can a business do protect their Cloud Infrastructures from being used by a Cryptojacker?  Here are some recommended strategies:

Take ownership of your Security responsibilities.

Many cloud based Cryptojacking attacks can be traced back to poor login credentials (once again, using very weak passwords).  Make use of a Password Manager to create long and complex passwords.

Set up your Virtual Machines as you absolutely need them.  Do not create extra ones that you are not going to use, as this will simply increase the attack surface for the Cryptojacker.

Make sure that you educate anybody in your organization that is tasked to manage your Cloud Infrastructure in its proper design and secure deployment.

If you are a Los Angeles or Southern California business and want further information on how to be proactive in your protection against Cryptojacking, Be Structured has a team of cybersecurity specialists an IT Consultants who can answer your questions and review any possible vulnerabilities. We are a Managed Security Services Provider and provide tailored IT Support to fit the specific needs of your business and your industry. Contact us today for further details.