The Be Structured Technology Group has been providing award-winning managed IT services to Culver City businesses for over 15 years.

Culver City IT Support Near Me

When you need fast and reliable outsource technical support for your Culver City-based business, Be Structured has you covered 24/7, 365 days a year.

Be Structured’s downtown Los Angeles IT services headquarters means we’re just minutes away by car or Metro to fulfill your outsourced IT support needs at any Culver City location.

If you’re searching for a Los Angeles managed service provider for your IT needs, Be Structured is happy to visit your office and discuss how we can help. We’ll clarify your goals and needs to determine if our tech support solutions may be the answer you’ve been seeking.

It’s the pride we take in our managed IT services for Culver City businesses that makes our clients think of us not just as an outsourced technical support company, but as an IT business partner.

Our mission is to keep your business safe and stable with the finest IT security Los Angeles has to offer. We are always on the lookout for prevention of cyber attacks, so you can work on growing your enterprise.

The Finest IT Services Culver City Has to Offer

Culver City IT Support Services Save Your Company Money

We strive to remain educated on the ever-changing IT landscape to prevent cyber attacks, data breaches and wipe out hard drives.

Let Be Structured be your Culver City IT consulting solution.

We also protect your company from the threat of cyber attacks or data hacks that can compromise your Culver City business. 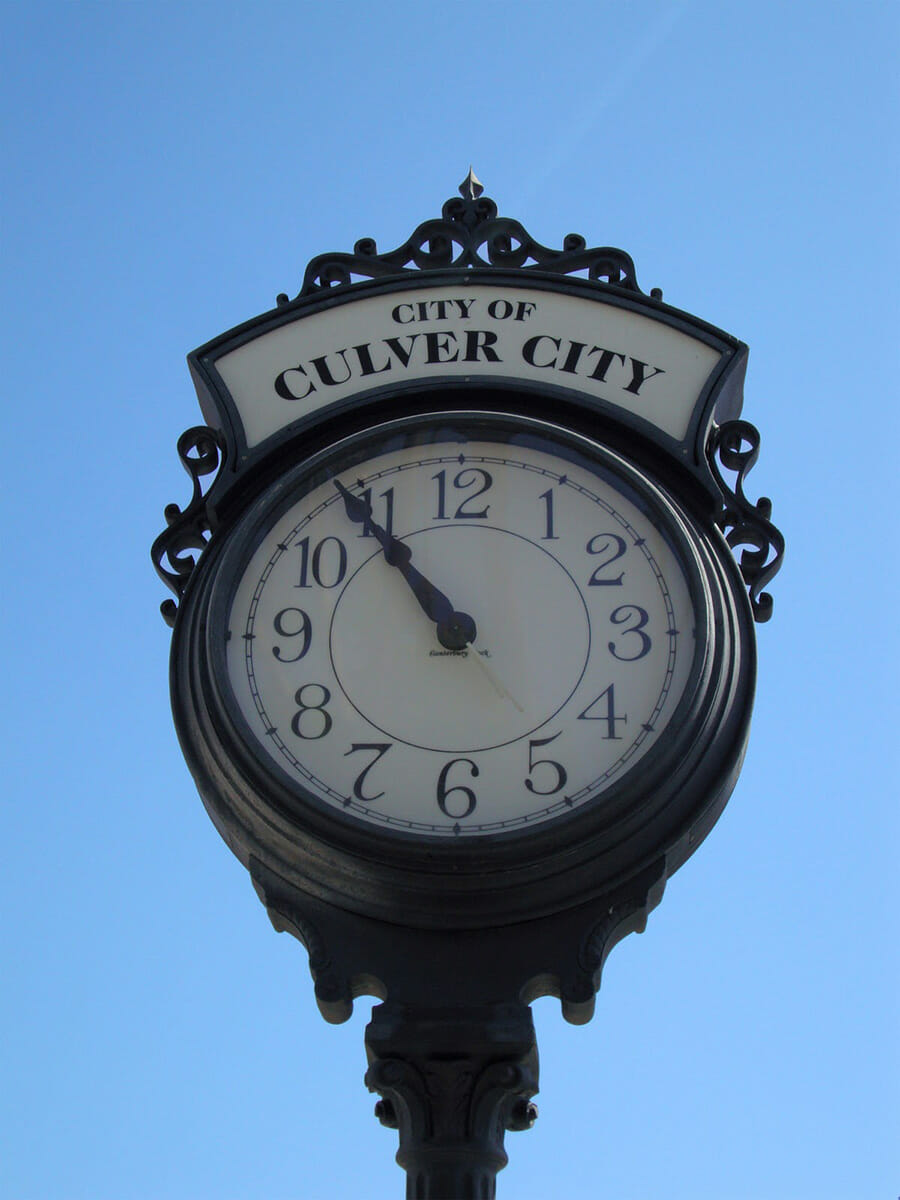 Proud to Satisfy the Culver City IT Support Needs

Culver City has seen an enormous rebirth in the past several decades. The city has become a hip enclave for artists and activists with a flurry of shiny new restaurants, bars and art galleries making Culver City a destination city.

Culver City has always been a hotbed of Hollywood film-making. In 1918, the first film studio was established followed soon thereafter by a new studio that would become an industry titan – Metro Goldwyn Mayer or MGM.

Many of the world’s most famous motion pictures were made in Culver City studios including The Wizard of Oz, Citizen Kane, Gone With the Wind and E.T. The Extra Terrestrial. In addition, famous Golden Age TV shows were produced in Culver City including Lassie, Batman and the Andy Griffith Show.

After an extensive renovation of the downtown area in the 1990s, more business gravitated to Culver City including Sony’s Columbia Pictures and headquarters of National Public Radio . As a result thousands of new jobs energized the area and the need for technical support grew larger.

Known for its many TV and film studios, local entertainment companies look to Be Structured for fast and efficient IT services in Culver City.

Culver City, California is a special place with a lot to offer. This city is home to many Hollywood studios and production companies, making it a hub for the entertainment industry. In addition to its thriving film and TV industry, Culver City is also known for its vibrant arts scene, which includes several art galleries and museums. There are also plenty of great restaurants and nightlife options in Culver City, making it a great place to visit or live. If you’re looking for a city with a lot to offer, Culver City is definitely worth checking out.

Culver City is a unique and special place with a lot to offer. We have a rich history dating back to the early 20th century, when we were first founded as a movie studio town. Today, we’re still known for our vibrant arts and entertainment scene, as well as our strong sense of community.

We’re home to some of the best schools in the state, including Culver City High School, which is consistently ranked among the top public schools in California. Our city also has a thriving business community, with many small businesses and startups calling Culver City home.

Culver City is a hub for tech innovation and entrepreneurship, with many startups and established tech companies headquartered here. As a result, Be Structured is proud to be an important IT support Culver City partner.

The city is also home to the Silicon Beach startup scene, which is centered around the nearby beaches of Venice and Santa Monica.

Some of the most notable tech companies that have a presence in Culver City include Snapchat, Beats by Dre, Goop, and Reddit. These companies are attracted to the city for its proximity to Los Angeles (the entertainment capital of the world) and its strong talent pool.

Culver City is also home to two major research universities: UCLA and USC. These institutions are responsible for driving much of the technological innovation in the city.

Art and Culture in Culver City

Culver City is a major center for the arts and entertainment, with many museums, theaters, and other cultural institutions. The city is also home to the headquarters of major Hollywood studios, such as Sony Pictures and MGM.

Culver City is an ethnically diverse city, with a large Hispanic population. This diversity is reflected in the city’s food scene, which offers a variety of cuisines from all over the world.

Culver City is a prosperous city, with a median household income of $85,000. The city’s economy is driven by its strong manufacturing and tech sectors. Culver City is also home to a number of major corporate headquarters, such as Sony Pictures, Mattel, and McDonald’s.

Quality of Life in Culver City

Culver City is a great place to live, work, and raise a family. The city has excellent public schools, a low crime rate, and a variety of parks and recreation facilities. Culver City is also conveniently located near Los Angeles International Airport (LAX) and major freeways.

Culver City is a vibrant, thriving city with something to offer everyone. Whether you’re looking for a thriving tech scene, a rich cultural life, or a great place to raise a family, Culver City is the place for you.

If you’re unsure of what your IT consulting Culver City business needs are, call us for a free consultation. We can help explain – in easy-to-understand language – just what we would recommend.

Our success depends on ensuring your technology is always working for you and never against you. Our network reliability and security and industry compliance solutions are critical to achieving that goal.

We collaborate with you to develop a security architecture that’s optimized for industry-specific threats. The team at Be Structured specializes in compliance policies to deliver a reliable platform that can adapt to an ever-changing regulatory and security landscape.

You may have heard the cloud touted as the ideal answer for all of your IT needs.

At Be Structured, we advocate for a slightly different approach to cloud computing consulting services. We acknowledge that cloud computing offers a robust environment for data management. However, a cloud platform only works when you have a team of experts managing and leveraging your services.

When you partner with Be Structured for your outsourced technical support needs in Culver City, we work with every department in your business to build a practical plan for how operations will continue, even after a worst-case scenario occurs.

If you’re looking for IT support in Culver City and you’ve been searching for the ideal MSP partner, get in touch with the team at Be Structured today. We work with you to understand your growth goals and develop a technology platform that propels business growth, while preparing your team for the challenges of tomorrow. For everything from cost-effective computer support to developing a holistic technology roadmap, we’re here to expand your next technology initiative.