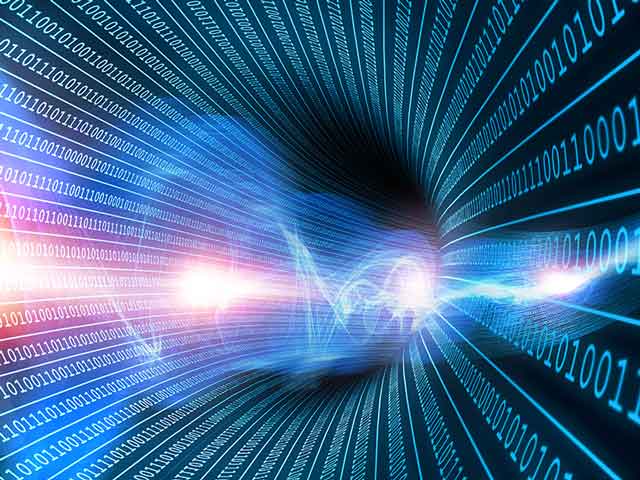 This entry was posted in Networking, Security and tagged Cybersecurity, virtual private network, vpn on July 27, 2020 by Chad Lauterbach.

Virtual Private Networks (VPN) have long been a wall of security to protect a person accessing the internet or their company’s network from a remote location. While remote network access has always been something to protect, now more than ever remote security needs to be stressed.

With the global work changes due to COVID-19, the classification of the remote worker as someone who has “called in sick” or is “on vacation” and wants to check stats is a thing of the past. Now, obviously, working remotely is largely mandated by employers and will not be changing anytime soon.

Even after the Coronavirus is dead and (hopefully) gone, the future of on-site, brick-and-mortar office work will never be the same. Home and virtual employment is, for sure, a thing of the present and the future.

Thus, many trusted IT companies now admit that VPNs are more vital and important than ever to keep both work and even private web surfing safe and secure.

What Is a VPN?

A VPN uses a virtualized server connection to create a secure channel between a computer and the internet. It works by facilitating a secure connection between a PC and a remote VPN server that can be anywhere in the world. That server then acts as an intermediary for all data transmitted between your device and external networks.

With a VPN connection, you can be confident that the only ones with access to your network activity are you, your trusted VPN provider, and the websites and services you’re using. Ultimately, a VPN offers an additional layer of security for your network devices by concealing your device’s geographic location and protecting against other devices connected to the same public networks.

In essence, a VPN is a series of data encrypted virtual connections. And if your IPs have encryption already built in to the service, then adding a VPN means adding a second layer of safety.

Many companies, and many of our clients, also require use of a VPN to access corporate resources in the cloud or on-premise servers at their offices which with today’s work from home environment is especially important to keep your staff secure and still operational. Corporate VPN’s such as SonicWALL’s Mobile Connect, Cisco VPN Client, or others allow access to resources users would normally have while working in the office such as file servers, remote desktop servers, enterprise resources planning software, accounting systems, sales systems, and more. Even though more and more resources are moving to the cloud corporate access VPN’s are still an important part of today’s world as well.

Here’s how a VPN works: Data is transmitted from your machine or device to a spot in your VPN network. The VPN then encrypts the data and pushes it forward through the Internet. At a different spot in your VPN network, the data is decrypted and sent to the appropriate internet resource, be it an email or web server or to your company’s internal network. The process is then reversed and the super safe data is sent back to your machine.

If your team depends on public networks for accessing critical work files when they’re out of the office, you need specific strategies to keep your organization’s data protected. While the convenience of public Wi-Fi allows your team to work from just about anywhere, public networks open up a new set of cybersecurity threats and challenges.

And these cybersecurity threats aren’t limited to just one city or even continent. The fear is its own global cyber pandemic and whether you live in Hong Kong or Los Angeles, your IT support should include a solid VPN to keep your organization’s data protected.

There are, of course, a plethora of VPNs to choose from, but finding the best solution is often a confounding conversation between executives and the IT support department based on the company’s needs and perceived growth over time. Again, not all VPN are created equal.

Some of the different “off-the-shelf” VPNs include:

“Choosing the right VPN for your company is based on many factors including the level of security features and scalability for how many people will need access at the same time,” explains Chad Lauterbach, CEO of Be Structured, a Los Angeles Managed Service Provider. “Knowing your specific needs going into setting up the VPN will save a lot of time and potentially money waste down the road.”

VPNs On a Personal Level

For example, when you access your local Panera Bread’s Wi-Fi network, how do you know the network really is related to the sandwich shop? Even a moderately skilled hacker could have created a spoof network with the same name to coax unwitting surfers to reveal all sorts of personal info and private data.

Oddly a 2019 poll revealed only 15 percent of people use a VPN with public Wi-Fi.

In addition, did you know that one of President Trump’s first official mandates was signing a bill, passed by Congress, that no longer mandated that an Internet Service Provider (ISP) needs your consent before selling your personal browsing data.

That’s right, any ISP can now, without you even knowing, sell your browsing history for whatever commercial gain it sees fit. So God forbid your kid or wacky uncle one time jumped on your personal computer and Googled “clown shoes”. You could soon be beseeched by everything from dapper clown apparel to discounts for the closest clown school near you.

To make matters worse, in 2018, the government continued its destruction of anything progressively tied to the Obama administration and struck down Obama’s Net Neutrality law which had required ISPs to offer equal access to all web content.

Instead, today, ISPs can charge extra for different types of content like streaming video or for traffic from corps like Netflix, and if you don’t pay more, they can penalize you with slower response speeds.

It’s suddenly like paying extra for better gasoline when one grade should be the standard and the norm. Thankfully, there is a solution, and that solution is using a VPN to access the superhighway.

When and Why You Should Use a VPN

Many businesses focus on the big IT support issues when establishing their network like hosting platforms, network security and structured cabling. While their decisions and integration are important, so are the little things like how to assure remote access safely and with speed.

That’s where a VPN comes into play.

You and your team should be using a VPN anytime they’re connected to a publicly accessible network like public Wi-Fi. That’s because a VPN server provides an extra level of protection by making it more difficult for hackers to use public networks to access your device and data. A VPN creates a private, secure channel between your device and the online services you’re using, so you don’t have to worry about cybercriminals spying on network activities or accessing data.

Additionally, if your team travels to foreign countries on a regular basis, a VPN can allow them to circumvent regionally restricted sites and services as if they were in the United States. When traveling internationally, the ability to connect to a VPN service ensures you have access to the online tools you need, no matter where you are.

When You Shouldn’t Use a VPN

While a VPN is ideal for concealing network activity even when using publicly accessible networks, you shouldn’t use a VPN with the expectation of complete anonymity on the internet. If you’re looking for total online anonymity, you’ll have to take additional steps beyond using a VPN service. A VPN is a fundamental first step to defending your organization’s data and network activity no matter where you are, but that doesn’t mean it negates security vulnerabilities altogether.

For example, a VPN doesn’t automatically protect your devices from viruses, malware, ransomware, or phishing attacks. If you click a risky link or run a malicious executable, you’re still vulnerable to cyberattacks.

A VPN simply isn’t designed to protect you from visiting unsafe sites; it’s intended to create a secure, private connection between your device and the websites you visit.

Different VPNs can use different encryption standards and technologies.

Here in Southern California, if your business doesn’t understand the difference between these technologies, a good Los Angeles IT support service will help your team navigate the often confusing waters of the various goods.

If your team regularly uses public networks to access work applications and data, they need to be using a VPN service to keep your organization protected. At the same time, teams that frequently travel internationally can significantly benefit from a VPN solution.

If you’re interested in taking advantage of a VPN service, you have a lot of options, and the experts at Be Structured can help you leverage those options. Get in touch with our team today, and we’ll start clarifying your needs to find the ideal VPN platform for your goals and operations.