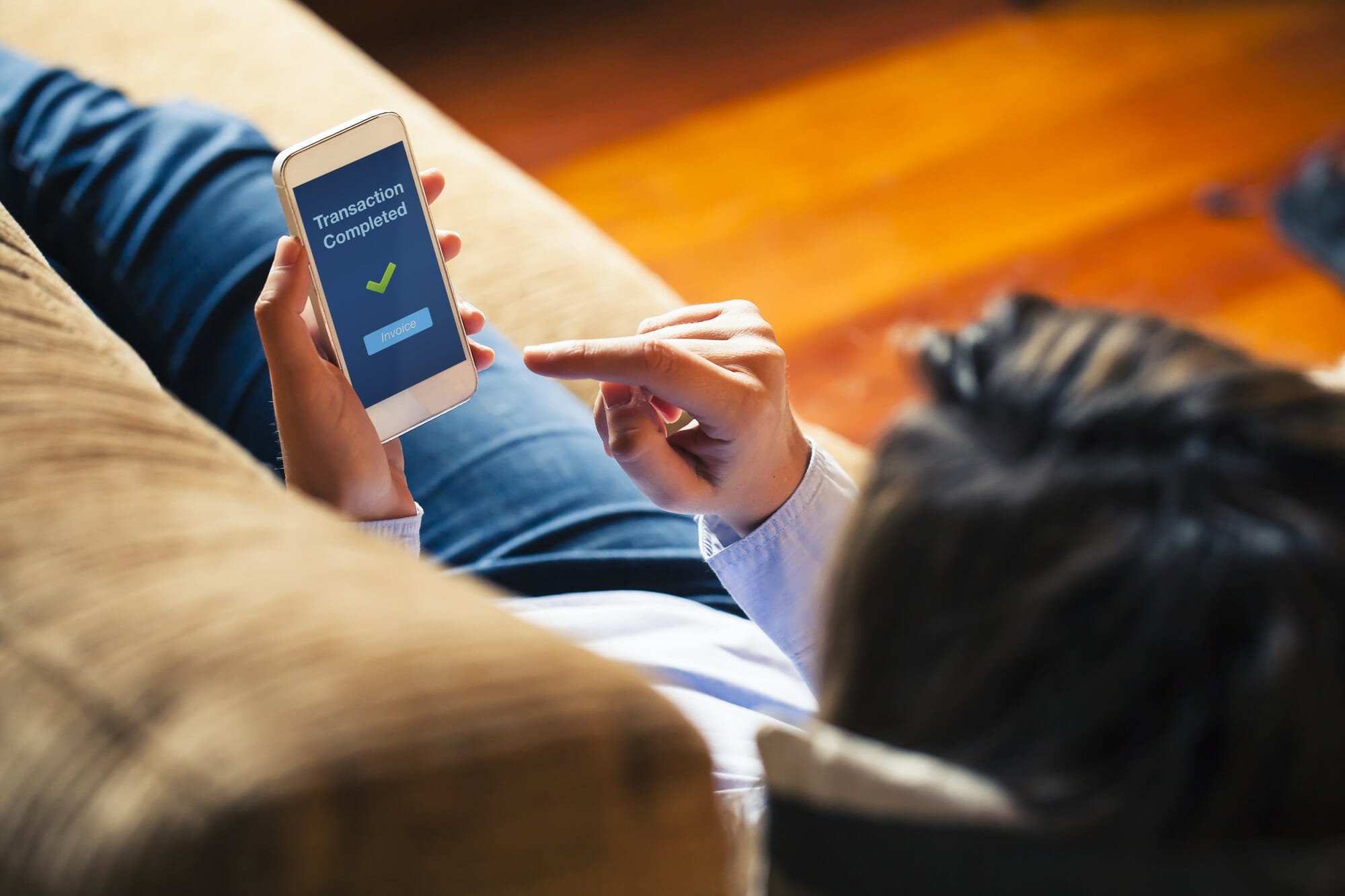 This entry was posted in Disaster Recovery, Managed IT, Security on July 12, 2022 by Chad Lauterbach.

Every 39 seconds there is a cyberattack.

In an increasingly digital world, things such as mobile banking software data breaches are becoming all too common.

Businesses without the best in enterprise IT find themselves undefended against breaches of their mobile banking security. Let’s discuss what you’re up against, and how an enterprise IT support solution will spare you from digital disaster.

Most hackers want it easy.

While Hollywood portrays the majority of hackers as stealing only the most forbidden fruits, the reality is that they’re just looking for the easiest, most convenient vulnerabilities out there.

So hackers try to be efficient. Rather than going one device at a time, they often attempt to take on as many devices as they possibly can. That means that hackers are going to target devices and applications that have the largest amount of users.

Financial institutions are often the first point of attack when it comes to cyber vulnerabilities. They’re a tempting target, being that they hold not only money but highly sensitive personal information. In 2021, data breaches cost an average of $5.72 million.

Some of the largest financial breaches in history have occurred just in the past 10 years!

These data breaches not only cause a significant source of embarrassment, but the financial fraud that occurs can also cost even more. Users will not be likely to trust an institution that lost their personal information.

Business IT services and security for mobile banking is the perfect target for a hacker who wants to make it big.

How Bad Can It Get?

Stuxnet is a case study of how much damage malicious code can do.

Stuxnet was a worm that brought an Iranian nuclear fuel plant to its knees in 2010. That’s right, a high-security facility designed to produce fuel for nuclear reactors–and nuclear weapons.

It should concern you that in our digital age, a hacker can hack anything that’s connected to the internet. They can even hack your car.

Stuxnet was 500 kilobytes of code. That’s less than one selfie on your phone.

The worm slipped past multiple layers of defenses. It wasn’t discovered until much later when the damage had already been done.

And by damage, you’re talking the millions of dollars it took Iran to fix this facility and make sure nothing like this ever happened again.

A hacker can do catastrophic damage with less data than that pic of your kids you uploaded to Instagram the other day.

The important takeaway here is that your mobile banking security doesn’t just risk failing, it risks failing hard. All it takes is one exploit!

Is the security for mobile banking in your institution up to snuff?

IT Support for Financial Services

Clearly, the place hackers are going to strike first is your mobile banking apps. The security for mobile banking varies widely. It’s essential to have an outsourced technical support solution that can make up for any deficiencies in your financial institution’s system.

Having the best in local IT support can make all the difference if a hacker decides to come knocking on your door.

How to Protect Yourself Against Data Breaches

It’s tempting to reduce the budget in your IT sector. You might believe that having up-to-date software and the latest hardware is all it takes.

But more important than keeping up with maintenance is being proactive, instead of waiting for signs of a data breach. Many businesses take a reactive approach; that is, they wait until the attacks happen, and then apply a solution.

Not only will this reactive approach cost money, but the delays and damage it does to your infrastructure could also put work on hold for hours, days, or even longer.

To put it simply, proactive cybersecurity means constantly being aware of vulnerabilities and not waiting for them to turn into disasters. You need to keep on top of monitoring the network, evaluate all high-elevation changes made to the system, and implement filtering that can catch problems when they first arise.

An Intertrust report reveals that as many as 77% of financial apps have at least one major vulnerability.

Smartphones have exploded in popularity, and people now have their entire lives on them. Hackers understand this. Your apps are constantly reminding you to update them not just to annoy you, but because mobile developers are slaving day and night to close holes in security.

Besides software developers patching bugs, there are a lot of security procedures that can strengthen your mobile apps. One of the best to implement is two-factor authentication.

A dedicated IT support company can ensure all your employees (and customers) are up to date. It can make sure they’re not inadvertently endangering the security of the company as a whole.

AI will make a massive impact on cybersecurity, both in improving it and threatening it. AI may allow your systems to self-monitor, actively seek out threats, and keep track of their hardware integrity.

However, AI is costly. It requires significant computing power. AI data sets are expensive, and a company would need to invest a lot of resources into developing its own.

Keep in mind, this means that hackers are using this same automation. They can use neural networks (programs that can teach themselves how to perform tasks) to discover vulnerabilities in their target system. They can automate their attacks so they are replicated against dozens of victims.

Therefore, it’s essential for businesses to employ security measures that are up to date with the latest in AI cyberattacks. Your mobile banking software will require a dedicated IT team to ensure nothing goes wrong.

With that said, your company needs to ensure data is backed up in the event of ransomware. Solid backup and protection are no longer an option in today’s internet-driven world.

Finding the Right Enterprise IT Solution for You

IT solutions in this day and age must not only make the most of the available technology, but they must also be versatile and comprehensive. Hackers do not rest, and with the advent of AI, they can continue their onslaught even when they sleep.

Mobile banking software data breaches are not a threat to a small subset of the population, they are a threat to practically everyone who has a bank account and owns a mobile phone!

Your business needs an IT solution that understands its unique needs and can protect it. Speak with a professional today and discover how to leverage the best enterprise IT in the business!